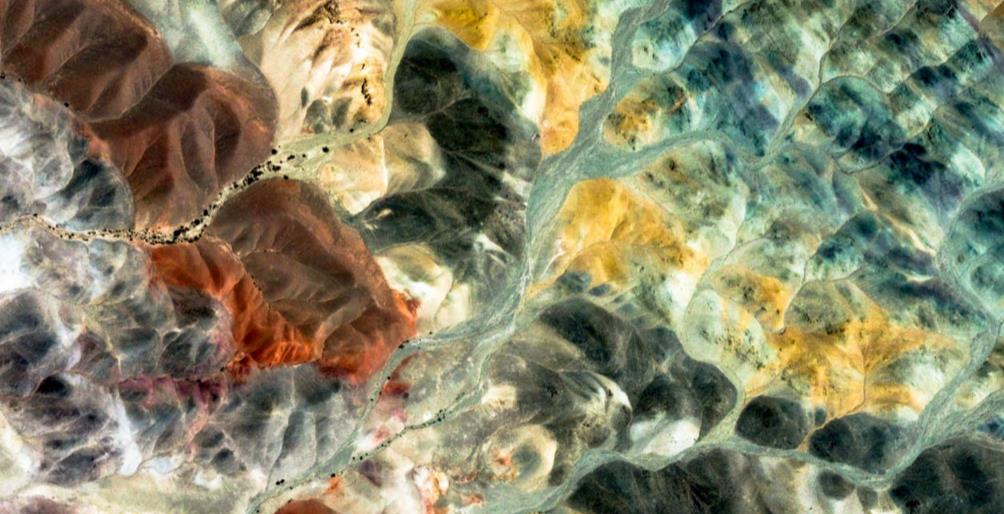 My contribution at the mapping and monitoring party was to look at mobile apps for fieldwork. I’ve posted my slides from the presentation online in pdf and Gslides formats and provide a summary of some of the apps below. I provide plenty of links to the apps I refer to in both my presentation slides and this summary.

I focus on android apps but Faith Taylor at King’s focused on Apple apps and used her massive iPad at the party to highlight what she finds useful to have on her real iPad in the field. Also at the party Michele Ferretti gave a quick highlight of using the OpenStreetMap Overpass API to obtain field site data and Tom Smith demonstrated auto-tweeting arduinos for monitoring soil moisture.

There was lots of other interesting stuff at the party on twitter, which you can get a taste of from the #rgsfieldtech hashtag on social media. As you can see from the twittersphere it was a great event and we look forward to the next!

I suggested in my presentation we can think about using apps for fieldwork in a few different ways:

Considering what the weather/tide conditions will be like when you are in the field is an important part of fieldwork preparations. There are a plethora of apps to help with this. Weather Forecast UK is my personal favourite for UK weather and the paid version includes observation and forecast maps. LunaSolCal Mobile is great for finding out rising and setting of sun and moon, whereas Sun Position can also show the solar and lunar path on an augmented reality camera view for any day of the year at your current location.

Mapping is another important aspect of preparation – where will you go in the field? Several apps are useful for both planning where to go, but also tracking where you have been in the field (and add notes, photos, etc as you go). OruxMaps is possibly the best Andoid app for tracking while adding notes, photos, video, audio in a single integrated package. Alternatively use a light-weight tracker (such as GPS logger for Android) and then additional apps for photos (turn on ‘save location’ in settings in your device camera app), notes (e.g. MAP note) and other recording.

When in the field you will likely be collecting data. One of the best apps for data collection during UK fieldwork is Fieldtrip GB which is built on Ordnance Survey map data. The app allows you to capture georeferenced notes, photos, tracks, download maps for offline use, save data to your device which can later be snyced to your dropbox account later. One of the nicest features of the app is the ability to create your own custom forms for data collection. 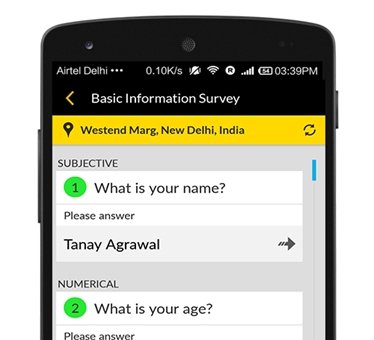 The main drawback of the Fieldtrip GB app is that it only works in the UK as uses it uses OS mapping. When venturing beyond the UK, you could try Map It for recording data collected in the field. Map It allows multiple (global) map sources and export formats, map polygons and the like. It also allows you to create custom forms for data collection/recording. If doing human geography data collection, the Collect app is designed specifically for questionnaires or surveys. Again, it allows you to set up custom forms that match the questions you wish to ask – this can be done on a PC before you visit the field and results are automatically synced to a database for later desk analysis.

Moving on from managing data in the field, we can also think about apps to actually make measurements with sensors on current mobile devices. There are many possibilities for using mobile devices for surveying. For example, the theodolite app Measure Angle provides functionality to view data lat, long, azimuth, angles, and more in an augmented reality perspective. The precision of these apps are dependent on the hardware on which they are used – don’t necessarily expect professional grade precision, but they are good for the fraction of the price of professional equipment (or even free!).

There are also many stand-alone apps useful for measuring different physical properties in the field:

There are several apps out there useful for assessing the geology and soil in your study area. Several of these have been developed by British research groups. For example, iGeology and mySoil are developed by the British Geological Survey (with partners). Other apps enable you can use your smartphone or tablet in the same way you would use a brunton compass. You simply orient the phone or tablet along the planar or linear feature, choose a symbol, and tap. The device’s built-in compass and orientation sensors instantly record the strike, the dip, and dip direction.

Finally, when in the field you may need to identify flora and fauna. There are two general types of app for this. First, those that recreate traditional guide books but in digital format (including possibly with sound or video). Be sure to select these apps as appropriate for the region you are visiting. Second, there are apps that attempt to use sound and video detected by your mobile device to identify species. The success of these is variable. Google Goggles is one of the most widely known for identifying the contents of images taken by your device camera (I have used with mixed success). For birds there are apps like Warblr that do something similar to Shazam, attempting to identify birds from recordings of their song. Bird Song Id claims 85% success!

General Tips for using apps in the field

Test your apps before you start your fieldwork proper. This is important both so you understand and feel comfortable with how the app works, but also so that you know what it can do and how accurate it is likely to be. You may want to do some benchmarking before you go in the field, for example testing the app against known conditions (e.g. known slope angles).

Think about the need for internet connection – check what data connection apps need before going in the field. Sometimes you may have a data connection, but in many places you may not. Both Connectivity and testing are particularly important if you are linking data to cloud or online databases

Consider upgrading hardware – a device with additional core processors or memory will be worth it if you will be doing a lot of fieldwork. Also consider buying a storage card to expand built-in device storage and for tablets consider getting a device that can use a SIM to connect to cellular data networks.Some apps may need specialist sensors that expensive smartphones have but others do not.

Experiment with alternatives and buy pro versions – they often don’t cost much (relative to professional field equipment) and can offer much better functionality, precision and ease of use. However, beware some apps require in-app purchases and also look out for ‘expert id’ species identification apps in which identification is not automatic (compared to a database) but actually sent to a human to identify. There are two main limitations to this; first, it can take time to receive results (hours to days), and second you will likely have to pay for each id. So this might be good for particularly difficult species but not for general ID.

Finally, get creative with your use of apps. Just because an app is branded for one thing does not mean it cannot be used for another purpose. Combine apps together if necessary. And if there’s no app out there to do what you want, maybe consider making our own! It may not be trivial but there are many guides and courses to get you started. And if you’re thinking about undergraduate study, the Geocomputation and Spatial Analysis pathway at King’s will give you some of the skills you need to do this too!

iThere are no comments